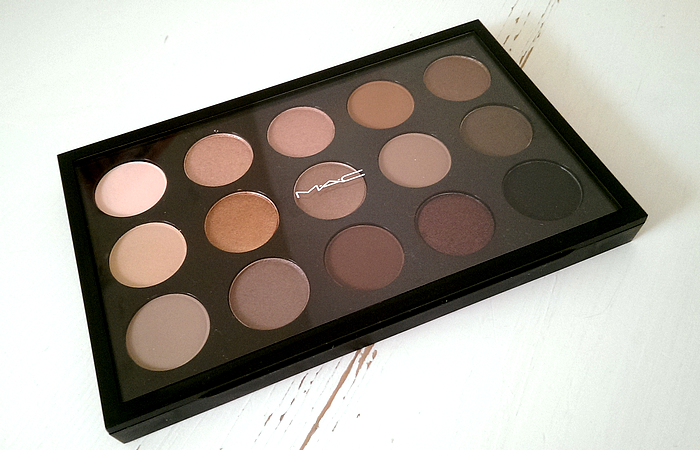 Welcome to Palette Week! On Monday, Wednesday, and Friday, I'll be reviewing an eyeshadow palette that has recently launched. I'm starting with the MAC Nordstrom Naturals Palette. This limited edition palette is a collection of fifteen eyeshadows from the permanent MAC line. This palette is perfect for someone who doesn't own many MAC shadows and is wanting to test out the shades, at a significant discount. Keep reading for swatches and details!

To begin, I'm going to admit that I'm disappointed with this palette. While there are some shades that I love (more on that later), there are quite a few that are not pigmented and do not blend well. There are shadows on the market that are much better quality, and are around the same price point (for example: Urban Decay, Lorac, Marc Jacobs).

Despite this not being my favorite palette, there are some great shadows included. It is important to note that the shadows applied on my eyes, over a primer, better than they swatched on my arm. The majority of shades are very blendable. Although these shadows aren't extremely pigmented, many of the shades have buildable color. 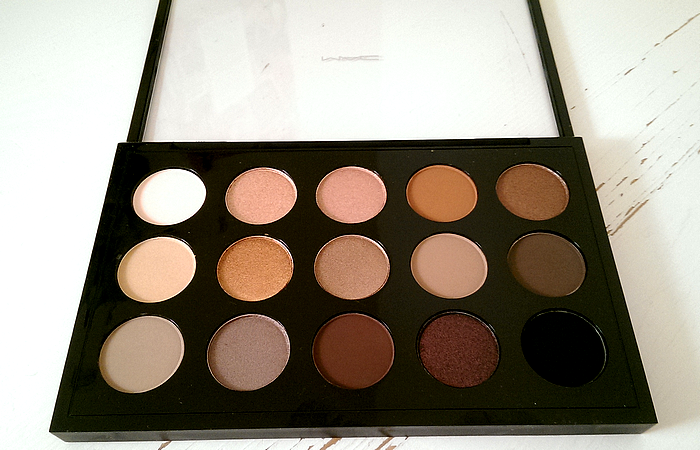 To get the negatives out of the way first, let me share the shades that do not perform well. Vapour (first row, first shadow) and Ricepaper (second row, first shadow) have very little color payoff. These shades are basically useless. Carbon (third row, last shadow) is one of the worst matte black shadows I have used. It is not pigmented, is chalky, and is all-around a nightmare to work with.

The three most exceptional shades, for me, are Saddle (first row, fourth shadow), Mulch (first row, fifth shadow), and Woodwinked (second row, third shadow). Each of these shades is creamy, pigmented, and easy to blend.

The rest of the shades performed well, but not incredibly well. Overall, I'd say this is an average palette. Unless you're dying to get your hands on some MAC shadows, I'd recommend skipping this palette. As I said before, there are better shadows on the market and better palettes to spend money on. The MAC Nordstrom Naturals Palette retails for $85 and can be purchased here. 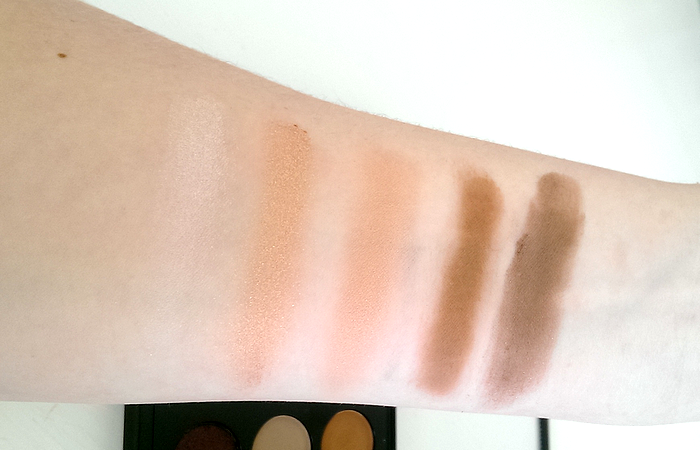 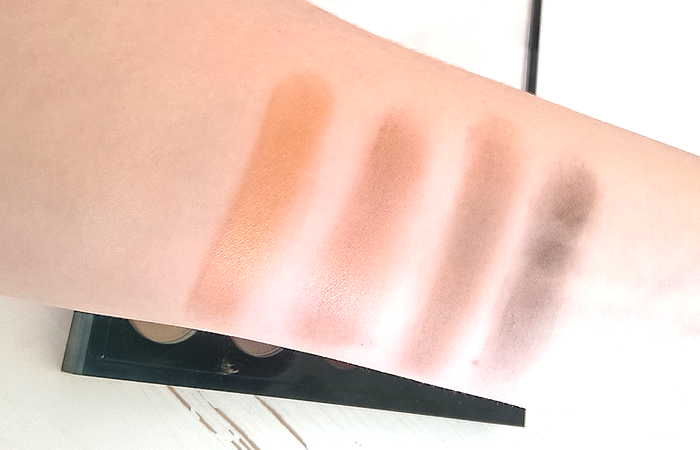 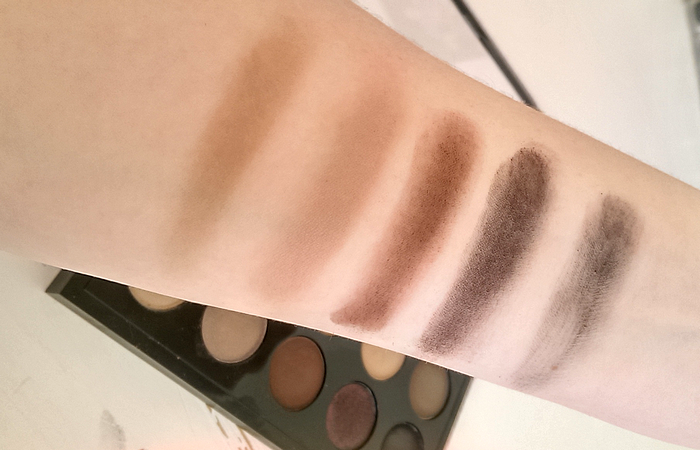 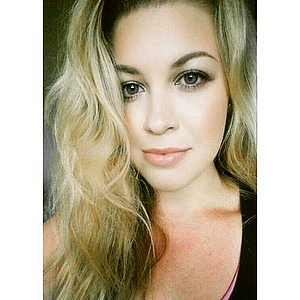